CULTIVATION OF A CRAFT

Capturing the essence of craftsmanship from the waters of New South Wales to the vineyards of New Zealand.

Introducing Cultivation of a Craft: East 33 together with Cloudy Bay turn the spotlight on the work of artisans and producers, sharing a passion to bring the world’s best food and wine to your table.

At the heart of this craftsmanship is the iconic East 33 Sydney Rock Oyster, the native Australian oyster of choice cultivated in the country’s pristine waterways by generations of oyster farming families. From the sunkissed waters of New South Wales, the environment in which each Sydney Rock Oyster grows and matures, is a story of multigenerational knowledge, heritage and craft.

To show consumers the parallels between provenance and the art of growing, East 33 has joined forces with Cloudy Bay to create a series of 11 video vignettes. “We were excited to work with the winemakers at Cloudy Bay because they have an enviable international presence, heritage and reputation, and their excellent Sauvignon Blanc is a perfect pairing with our oysters,”  East 33’s own Sydney Rock Oyster farmer Steve Verdich.

The videos will be released weekly on East 33’s social media channels from September 10, each one focused on a certain aspect of the journey to harvest. The campaign will culminate in the worldwide release of Cloudy Bay’s 2021 Sauvignon Blanc and 2019 Te Koko Sauvignon Blanc.

The videos, starring Steve Verdich and Cloudy Bay’s technical director Jim White, were shot on location at Wallis Lake, near Forster, where Sydney Rock Oysters have been cultivated by the Sciacca family since 1889, and at Cloudy Bay’s Marlborough operations on New Zealand’s South Island. “The aim of the videos is to showcase an oyster’s three year journey and what it takes to get Sydney Rock Oysters onto diners’ plates, and pour the perfect sauvignon blanc into a glass,” Steve says. “We hope to encapsulate the importance of both provenance and craft and how the most skilled farmers and winemakers bring them both together.” 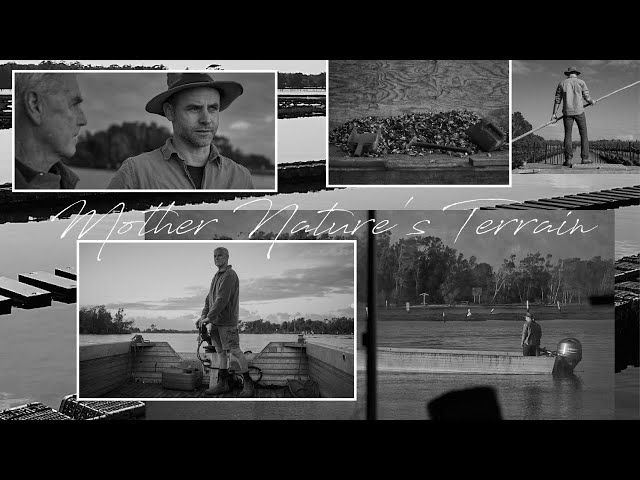